The Children’s Research Fund is a principal benefactor of both the Stanley Manne Children’s Research Institute and the Patrick M. Magoon Institute for Healthy Communities at Ann & Robert H. Lurie Children’s Hospital of Chicago. The Manne Research Institute is the research arm of the hospital and one of only a few freestanding facilities in the nation devoted exclusively to pediatric medical research. The Magoon Institute serve as the hub for all community-focused initiatives at Lurie Children’s, expanding the efforts of the Healthy Communities program that was established in 2017. 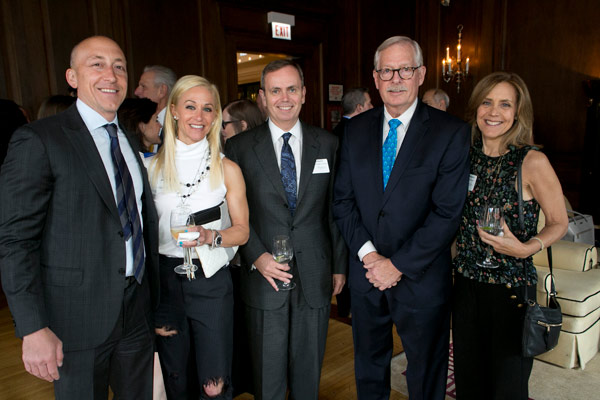 Past Children's Research Fund Board Chairs

We partner with individuals, corporations and foundations to invest in innovative medical research. Since our founding in 1951, we have contributed more than $125 million to fund research staff and programs along with infrastructure and equipment. This support has resulted in improved health and lifesaving treatments for children and adults.

The Children’s Research Fund has committed to raising $25 million in philanthropy over the course of the Lurie Children’s campaign for every child.

People & Programs: Funding the Engine of Research Remarkable Scientist/Clinicians and their Research Programs

One of five funded endowments, the Children’s Research Fund created a $2 million endowment to establish the Human and Molecular Genetics Research Program, creating a world-class center of translational genetic medicine. This program has led to advancements in understanding and treatment of cystic fibrosis, spinal muscular atrophy, autism, infertility and cancer.

INTRABEAM, a breakthrough Photon Radiosurgery System was funded by the Children’s Research Fund. Ann & Robert H. Lurie Children’s Hospital was the first pediatric hospital in the U.S. approved to use this technology to treat kids with malignant brain tumors. Stephanie Flood, who shared her story at the 2016 Children’s Ball, was a pioneer for this new treatment.